Who is Outerbike for anyway

Outerbike is designed as a way for cyclists to come together to try out a wide variety of bikes from a slew of different manufacturers. This 3-day event includes lunch and a beer garden at the end of the first two days even if you have not ridden enough to earn it.

I have been thinking about this question: Who is Outerbike for Anyway? While it seems natural for me to answer, as I have already bought my tickets for Crested Butte in August, I know there are some people that question such an event or are curious about it.

Is it just another ploy for the capitalistic machine to fill their coffers and strong-arm you into adding another bike to your quiver? With so many different bikes to choose from in the vast landscape of mountain biking, how can you know what type of rider you are? What riding style sends your stoke meter over the top? 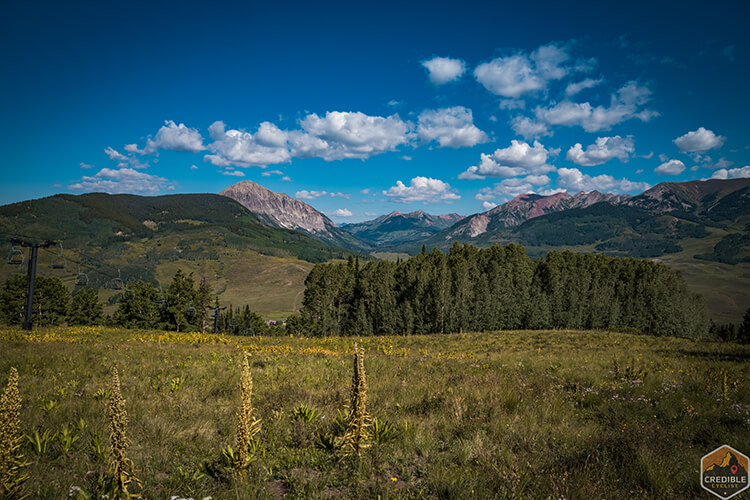 You may have an idea already, but do you truly know the riding style you like beyond a shadow of a doubt? Have you considered that you may be trying to make a specific bike work for you rather than allowing your style to determine the flow of the trail and the type of bike you should be on? Do you prefer climbing, descending, flat ground, technical singletrack, full-out downhill, Enduro, full efficiency from point to point? The list can go on and on and so can the bikes that can be used for each of those things. Maybe you are curious about how new tech handles on the trail like an E-bike or a fat bike or a plus-sized bike. Ever want to demo the hell out of a bunch of bikes to see what’s out there? The reality of the fact is that carbon bikes have changed the landscape in such a way that a huge demo event like Outerbike has become a necessity. And it’s also a whole lot of fun!

Outerbike is operated by Western Spirit Cycling Adventures and was designed as a way for cyclists to come together to try out a wide variety of bikes from a slew of different manufacturers. Manufacturers like Yeti, Ellsworth, Why Cycles, Proudfoot, Specialized, Giant, Haibike, Otso, Jamis, Rocky Mountain, Orbea, Scott, and Norco are all in attendance at this event. For a full list of past exhibitors click Past exhibitors. There is a lunch provided during each day of the 3-day event and beer garden at the end of the first two days if you have ridden enough to earn it. If you would like to find out the specifics of this year’s event, you can use the following link: Who is Outerbike for anyway? 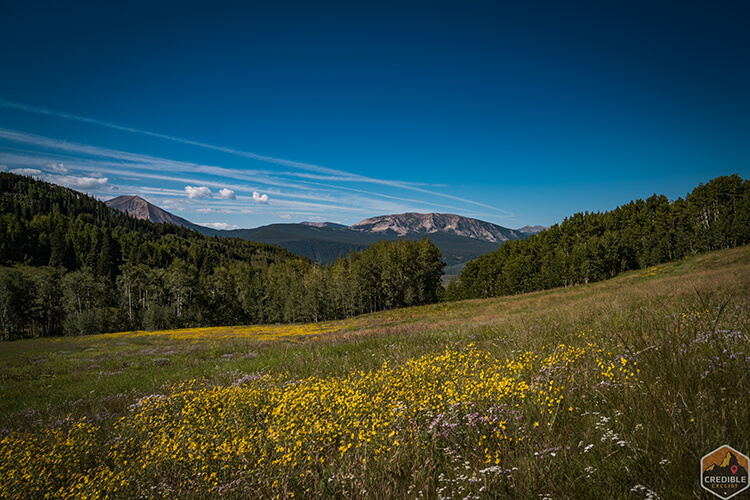 So, now that you know a little bit about the event let’s get back to the questions and answers. Full disclosure. I used to race cross country in my early 20?s and have ridden XC bikes for quite some time. I consider my riding style to be more cross country than trail, but a few years back I sold my original first generation 2002 Specialized S-works Epic and bought my first 160mm trail bike, a 2015 Specialized Enduro 650B. It is a competent bike and one I enjoy riding all over the mountain. I am on the short and light side at 5’6″ 130lbs so that bike rides a little like a downhill bike for me. Plenty of squish for downhill fun all day long and while it is a capable climber I am not breaking any Strava records. I have been able to put it on an expensive diet over the years, and now it weights around 27 lbs with pedals and a Fox Float X2 rear shock.

When I moved to Breckenridge a few years ago, I felt that I would be able to work into elevational fitness and have no issues riding my enduro up the steep grades. I have a little problem climbing the trails which often pitch up to 15%. Below 11000 feet I can generally clean everything I need to but over 11000 feet its another story altogether and when that includes being above tree line things just get more difficult.

I also own a rigid fat bike. At 24 pounds with HED Carbon wheels, it is a hoot! I can consistently climb 2 to 4 miles an hour faster up the trails with my fat tire bike, and when you point those huge tires, downhill there is not a lot that will stop them. It rides like a monster truck plowing through and rolling over every obstacle in it’s path! The 2015 Specialized FatBoy SL is also a competent 4 season bike except for mud and water were the tires become buoyant, and a different set of challenges ensue. The two bikes are apples and oranges; really, both are purpose-built for different styles of riding with the fat bike continually whispering in my ear, I Double Dog Dare You!. The two bikes are both fun to ride on the trail, and I started to ask myself the tough questions. Do I need another bike in my quiver? Do I need to get rid of my enduro? What are my goals for the future? 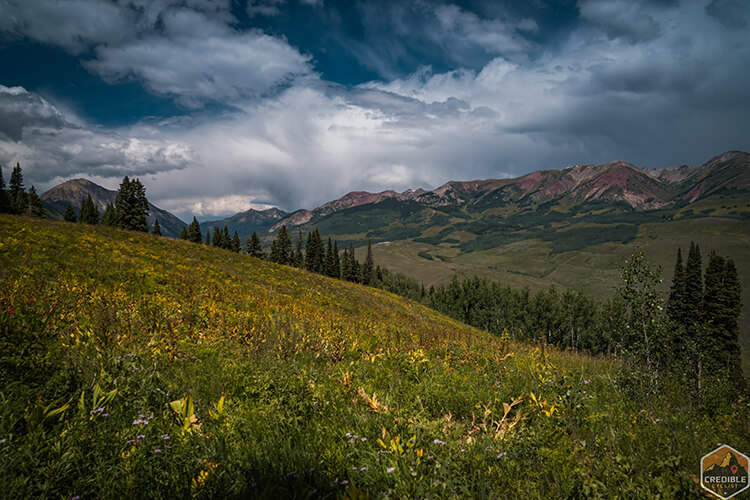 It may be true that I love to ride just for the sake of riding, but I get my biggest thrill in squeezing out the most efficiency from point to point. The constant battle between me and my bike. Are the external factors and the environment going to win the day or am I going to tame it with rubber, carbon and grit from point to point? These questions lead me to Outerbike in Crested Butte last August. The most beautiful 3-day weekend one man should be allowed to have! I wrecked and destroyed an E-Bike rear hub on a Turbo Levo, sorry Specialized, rode the all-new redesigned 2018 Specialized Epic, I rode bikes from Ellsworth and Pivot and was happier than an alligator in a mud hole. The views and ambiance of Crested Butte were over the top.

The whole point for me to go to Outerbike was the newly designed 2018 specialized Epic. I knew there was a gap in my riding that needed to be filled and I was looking to fill it with the all-new 2018 Specialized Epic. At $4000 for the Comp Carbon, I wanted the opportunity to do some real world testing and to discover for myself the metamorphosis it had taken from the original Epic I used to own back in 2002. I also wanted to test out the offerings from Pivot and other manufacturers to see if there were bikes out there that fit me better and could lead me away from Specialized. I should not have ridden that S-Works Stumpjumper 6Fattie!

Climbing on the new epic was faster than I had imagined! Way faster than I was expecting and I was also faster on the downhills than I thought was possible! That bike flat out moved, and I found myself pushing it harder to see what it could handle. At 24 pounds, the 2018 Epic Pro I was on was snappy and streaked across the countryside as it told you it could handle much more than you could dish out even if you did eat your Wheaties. While I bounced across the trails, I marveled at the technology and the unique opportunity Outerbike allowed me to have. 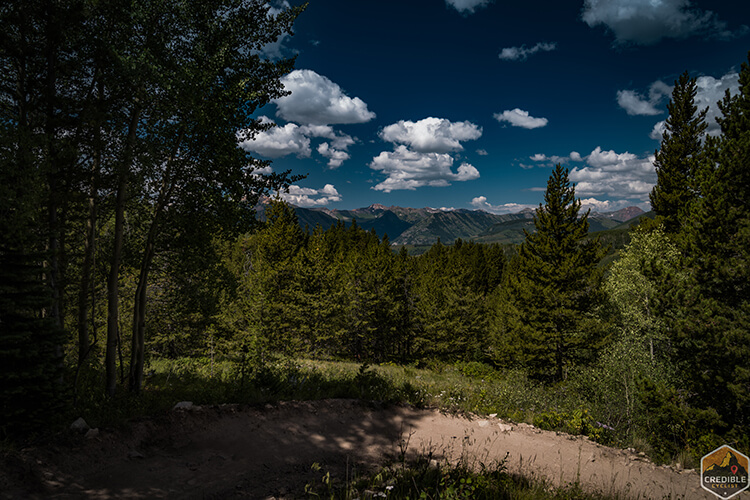 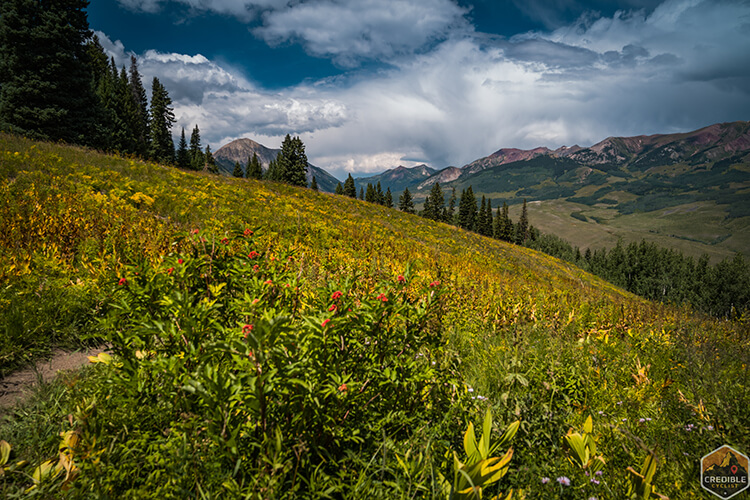 Five months earlier I was in Prescot Arizona taking part in my first ever Whiskey race event. I chose to use my Enduro for the event and even as I write this, I can feel the suffering and vividly see the handful of times the Enduro seemed to be the best choice for the terrain. Especially that rock drop tech section with its short lead out at the bottom into a 180-degree switchback near the bottom of the Whiskey major decent #1 where I put on a clinic! With nearly 5000 feet of climbing in the first 20 miles of the 30 proof race, the Enduro was like a Clydesdale in a horse race, and the engine was coming off of winter reserve! I did not have the stamina or the strength for what I was attempting to do. I worked my way into nutrition issues, and at times I thought I might have to throw down the towel and pack my bags. I did finish at a very slow 4.5 hours. So, when I heard that there was a new Epic, because I refuse to let the Whiskey 30 defeat me in such a way, and I want to do the Whiskey 50 in the future, I wanted a chance to ride it before I bought it. Outerbike was an ideal place to do it. Who is Outerbike for anyway? Guys like me who are looking and wondering, I wonder what this or that bike rides like? The scenery and the trails at Crested Butte had absolutely no bearing on my decision, what’s so ever, nope, They didn’t!

A new bike in today’s technology and today’s prices for carbon requires a lot of research and a significant investment. While research can narrow down the field of potential ownership, there is nothing that takes the place of a good test ride to seal the deal. What Outerbike allows you to do is find your place in the ever-changing and diverse landscape which we call mountain biking. If you are new to the sport or even a seasoned veteran Outerbike is the perfect place for you. You can ride, rather than read about, Fat bikes, Plus Sized bikes, 27.5 bikes and 29er bikes and you are not limited to a single brand while you are at it. From there you can draw your own opinion and find your riding style while you are at it. There is even a beer garden for those of you old enough to take part! You might even see a new type of bike that leaves you giddy like a child, like that Specialized 6Fattie. That is the power of Outerbike. To put to rest any questions you may have about the various bike manufacturers out there and the build specks. To find what works best for you and explore your style in a way that only an event like this can provide.

Even if you are not in the market for a new bike, this is a great place to ride something different or even the latest edition of the bike you currently own to see what has changed and if the latest upgrades are good enough to justify even the thought of an update. All you need is a fresh pair of legs, your cycling gear, helmet, shoes, and a set of your favorite pedals and you are ready to ride whichever bike you can put your hands on first. You won’t know if you like it until you ride it! Crested Butte clears the lift lines quickly at the evolution bike park if you don’t mind waiting in line. Crested Butte also has over 700 miles of trail to be explored in the area! Check the trail maps, stake your claim, and don’t forget to return the bike within a few hours so other people can ride it!